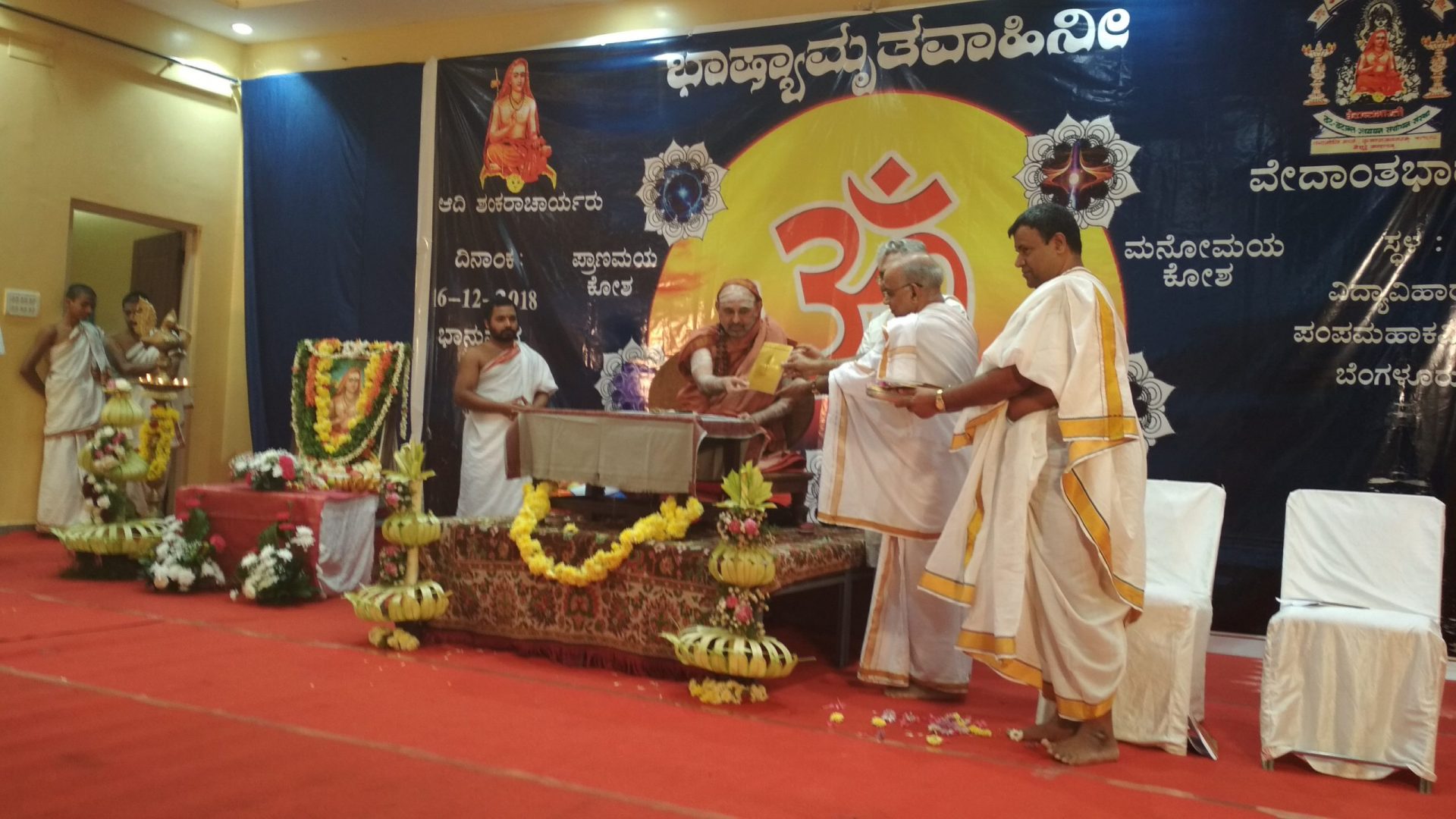 “UPANISADS” are the prime repository for reference for all INDIAN Schools OF thought (Darshanas). They have been witness to the deep philosophical thoughts about JIVA, universe (JAGAT) and Ishwara, from very ancient times in India. Though the Upanisads are many, Sri ShankaraBhagavatPaadaah has considered ten Upanisads as of primary significance, and has expounded them with His erudite commentaries (Bhashyas). The commentaries by Sri Shankaracharya are the most comprehensive and the most ancient and original among all the available commentaries on the Upanisads today. These commentaries (Bhashyas) by Sri Acharyapadah stand testimony to His unparalleled wisdom, intellectual excellence, manifested in His having revealed the one-consistent-purport (Ekavakyataa) as the undercurrent in all these ten upanisads. He has propounded these Truths in His commentaries based on three solid pillars of Vedas (Sruti), reasoning and direct experience. All the learned scholars have called these commentaries as “Prasanna-Gambhira” – the most appealing and having the most exhaustive depth, since they have brought out the deepest esoteric Truths and treasures embedded in the Upanisads and in which He has explained them in His inimitable crystal clear style.

Vedanta Bharati has already familiarized and spread the messages of Sri Shankara, in the stotras and minor texts (Prakarana-Granthas) of Sri AchaaryaPadaah, through the discourses by learned scholars, in the medium of Kannada and English across Karnataka. Presently, Vedanta Bharati has taken a new lofty initiative to introduce and spread the messages and the deepest esoteric Truths in Sri Shankaracharya’s commentaries on the Upanisads to the society. The discourse series on the commentary on the TaittireeyaUpanisad(TaittireeyaBhashya) is chosen as the first step. As TaittireeyaUpanisad encapsulates all the most important aspects found in all Upanisadic texts, it is going to familiarize and expose the Vedantic tenets and logical reasoning to the sincere seekers of knowledge. Therefore, having considered this to be the appropriate entry-level treatise for beginners and seekers, Vedanta Bharati has chosen TaittireeyaUpanisadBhashya as the subject of the first in the series of discourses.

Several scholars who have undergone study of Vedanta Shastras in a traditional setting directly from and erudite Guru- Preceptor, are going to deliver their discourses based on the ShaankaraBhashya on the TaittireeyaUpanisad from 10th to 15th Dec,2018 (6 days) at 40 centers at Bangalore.

Every day, the discourse starts after chanting of a part of TaittireeyaUpanisad and chanting of selected Shlokas of HarimeedeStotra, composed by Sri ShankaraBhagavatPaadaah, which embeds the deepest Truths found in TaittireeyaUpanisad. A concluding ceremony (Samaavesha) will be held on Sunday the 16th Dec 2018  at Sringeri Shankara Math Shankarapuram, for all who have participated.It is our sincere appeal to spread this message inviting one and all to come and participate in the series of discourses on “ShaankaraBhaashya on TaittireeyaUpanisad”, from 10th to 15th Dec 2018  at a center closest to you,  and also at the common Valedictory function – “Samavesha”, on Sunday, 16th Dec 2018, at 10:00 a.m., at Sri Vidya Vihara, Chandrashekhara Bharati Kalyanamatap Premises,  Pampamahakavi Road, Bangalore.