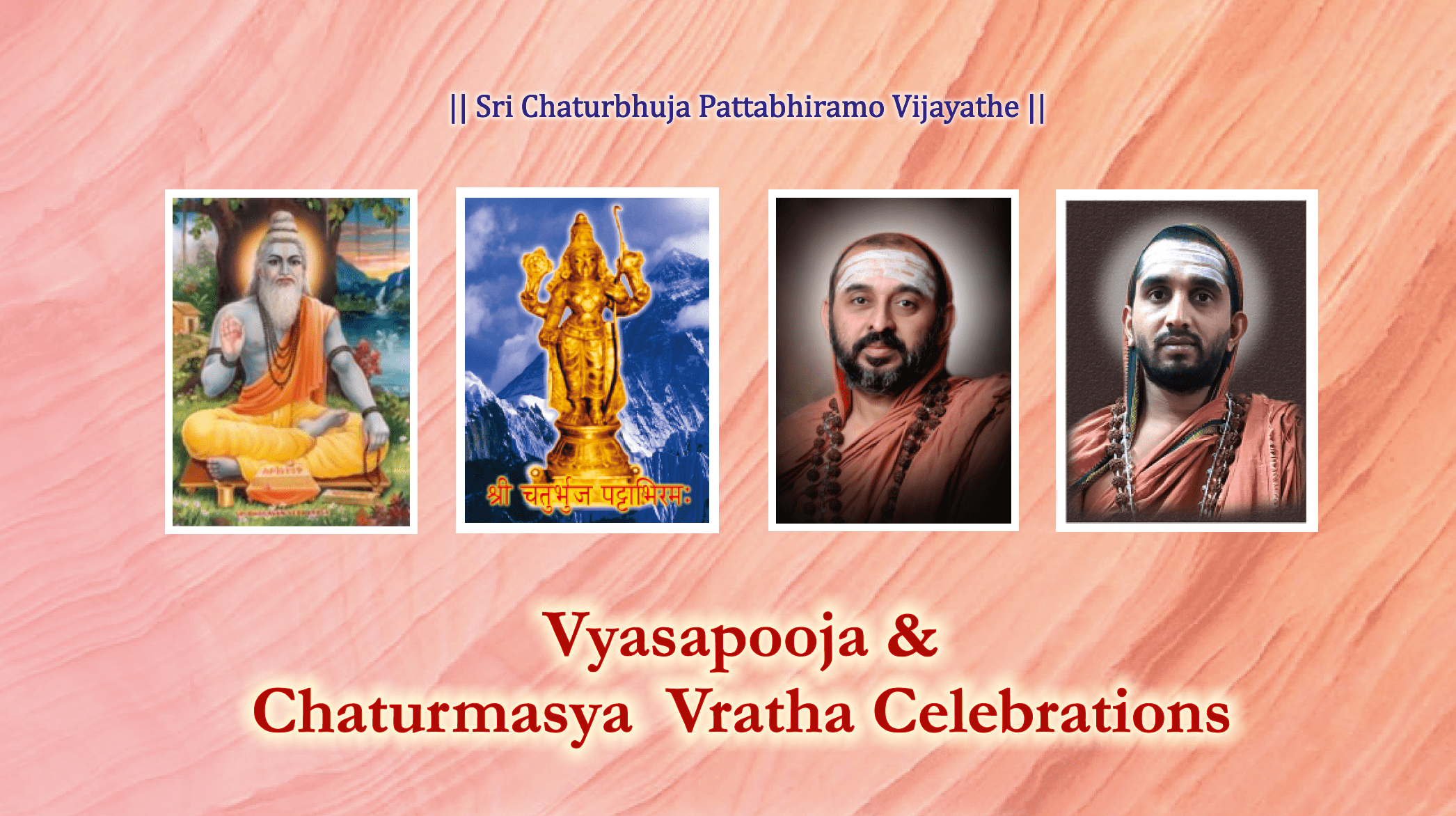 Chaturmasya Vratha is observed by His Holiness Sri Sir Shankara Bharathi Mahaswaiji, Peethadipathi of Yadatore Sri Yoganandeshwara Saraswathi Math, along with his successor designate His Holiness Brahmananda Bharati Swamiji from  24-7-2021 to 20-9-2021  at Sri Japyeshwara Kshetra (JapadaKatte).On 24th July, Saturday, His Holiness will commence the Vratha by performing Vyasa Puja and taking the Sankalpa.

Since inception, Vedanta Bharati, has been spreading the doctrines of Advaita such as Universal brotherhood, honesty, integrity, and truthfulness across the different strata of society.

Vedanta Bharati does this consciously by through various approaches like,

In order to address this important issue, this retreat is planned with the theme “Uddharedatmanatmanam” a line from the Gita. The Amrita Bindu Upanishad says –Mana eva Manushyanam Karanam Bandhamokshayoh. Vedantabharati is organizing this Adhyatma Chintana Program primarily for professionals. Discussions are to be held based on the import of Upanishads, Medical science, and Modern science about the nature of Mind, its characteristics, and methods of its control. Pujya Shri Shri Shankarabharati Mahaswamiji graces us with the Adhyatmic knowledge from Upanishads, while accomplished Doctors present us the benefits of including Adhyatma in our professional lives.

A unique feature of this retreat is that it is for different focus groups of specific professions. Doctors, Chartered Accountants, Advocates, Academicians, Software Engineers etc., all with specific concerns defined by their work.