(Veda-Vedanta Institution Of Studies and Research)
Recognized as a Research Centre by Tumkur University
Established on January 01, 1999.

Sri Shankara Bhagavatpadacharya is one among those who were incarnated to resurrect the Sanatana Dharma. Advaitha is the doctrine rejuvenated by Him. Yadatore Sri Yogandeshwara Saraswathi…. 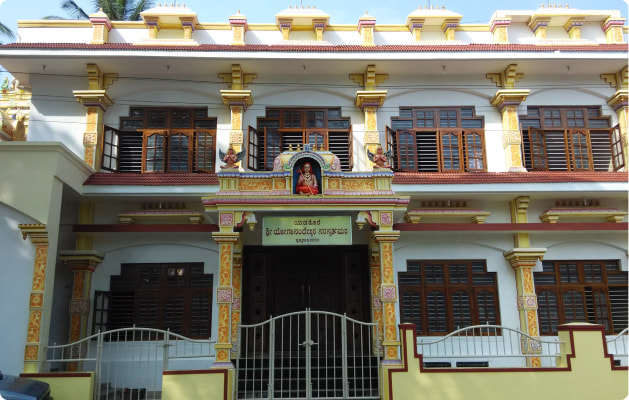 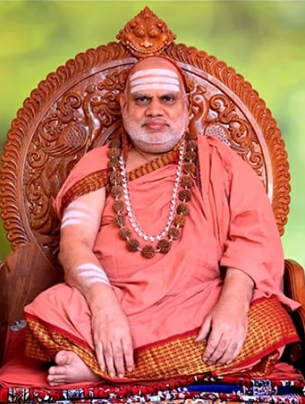 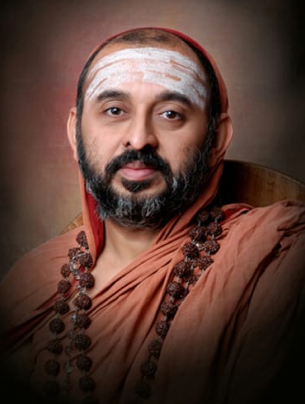 Patron of the Trust

Sri Shankara Bhagavatpadacharya is one among those who were incarnated to resurrect the Sanatana Dharma. Advaitha is the doctrine rejuvenated by Him. Yadatore Sri Yogandeshwara Saraswathi samasthanam in Krishnarajanagar, Mysore District on the banks of Kaveri is one of many institutions that follow Sri Shankara’s tradition. This institution has been contributory in the Spritual, Religious, Cultural and Social Spheres.

Around 800 years ago, Shri Shri Yoganandeshwara Saraswati Mahaswamiji, a great ascetic and a yogi, established this Math in Krishnarajanagara Taluk of Mysore, on the banks of the holy river Kaveri, to support practice of Vaidika Dharma. The Math came to be called as Yadathore Shri Yoganandeshwara Saraswati Math. Several ascetics of Advaita tradition have decorated the peetha of the Math so far.

The name of Shri Shri Ramabrahmananda Mahaswamiji stands out even among these names, as an accomplished Sadhaka, and a Jivanmukta. His work, the ‘Tattvasangraha Ramayana’ is an illustration of his erudition. In the fifteenth century, Shri Shri Ramabrahmananda swamiji established a branch of the Math in Holenarasipura, and installed the presiding deity Shri Chaturbhuja Pattabhirama. He also built a temple of Shri Nilakantheshwara. Puja has been offered constantly to both, as though to highlight no-difference between Hari and Hara.

Vedanta Bharati sole vision and mission is the propoganda of Sanathana Dharma and Advaita Philosophy to the world for a better living and spiritual upliftment.

Recognized as a research unit of Tumkur University to create opportunities for Ph.D on Indian Darshana and Philosophy.

Organizing National level Seminars and Conferences for rejuvenation of Indian schools of thought and Sanskrit.

Acquainting professionals with methods for Stress management and for Personality Development by organizing Retreat programs based on Indian Adhyatma Shastra.

Organizing of programs like Viveka Dipini and Vivekotkarshini competitions for training high school students in inculcating the right values in life.

Reaching Shri Shankaracarya’s stotras to society by rendering them into classical music.

Philosophical Acharya Shankara reiterated the teachings of the Upanishads that Brahman is one, indivisible and of the nature of...

If man understands his intrinsic nature as ‘I AM THIS’, then for what or for whom is man still...

Shankara Vachanamrita Sri Shankara Bhagavatpada is the resplendent star that appeared over 1300 years ago on the firmament of...